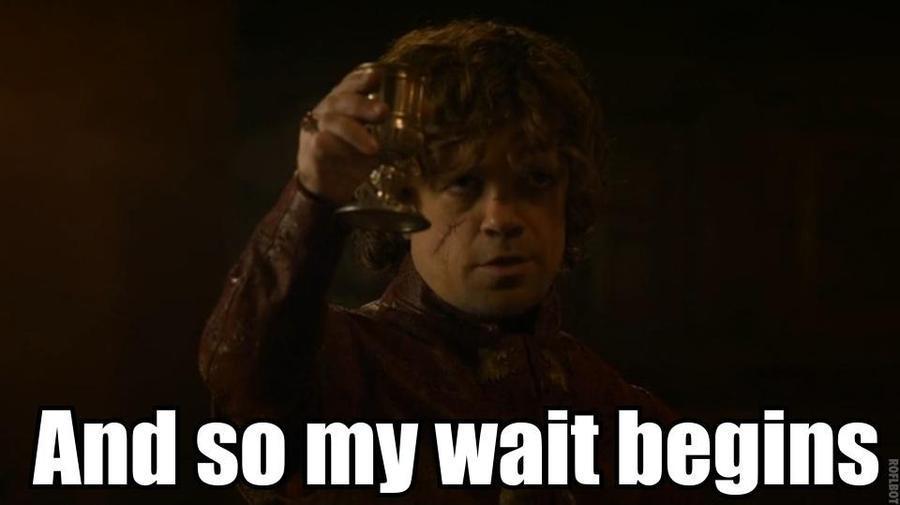 The Impatient Millennial: A Memoir

This past Sunday marked the return of one of television’s (pardon me, it’s not television, it’s HBO) most beloved dramas—Game of Thrones. With it came one of the most testing challenges in viewers’ lives: the first four episodes of the new season were leaked, creating mass chaos in GoT fans lives. At first, this seemed like a gift from the gods. No longer will I be fraught with anticipation for next week’s episode, since I now have the first half of the season at my fingertips! But on second thought, I realized the truth: If I watch the first four episodes now, I’ll have four agonizing weeks of anticipation.

This problem is synonymous with the YAYA generation, where instant gratification is a driving force. This shift towards having everything right when we want it is transforming commerce as we know it. So how are brands going to meet this need?

Mojo Ad releases a study every year containing key insights about YAYA consumers, and one in particular sums up what I’m going through.

Dr. Me, M.D. says, “When I start to feel like I’m getting sick, the first thing I do is Google my symptoms. I don’t want to have to make an appointment, sit in a waiting room and pay for them to tell me what I can already find out online. I want answers immediately, just like everything else. If I’m going to have to wait, I want to know that it’s worth it.”

So how should brands face YAYA expectation for immediate results?

Don’t make them jump through hoops to get the information they seek.

Being transparent about your company, product or service will benefit you in the long run.

The more clicks it takes to make an online purchase greatly lowers the probability that it actually happens.

If you’re going to keep them waiting, let them know the wait is worth it.

Nothing disappoints YAYA consumers more than an unmet expectation. Don’t overpromise and underdeliver.

Allow them to keep tabs on what’s to come.

Uber and Lyft allow users to track where their ride is. Dominos shows the customer’s pizza’s progress in the kitchen.

Brands that create products or services that change the way we do things before we crave change will outlast those who don’t.

So while I sit here and resist the temptation spoil the new season of Game of Thrones while tracking my Dominos medium thin crust pizza, you, fearless marketers, should continue your quest to meet the unrealistic expectations of the impatient millennial. Compared to the obsession with transcendence in the 1950’s Beatnik movement and the importance of communal love in the 1960’s and 1970’s, YAYA consumers seem to lack a distinct social cause. Today, young adults are trying to adhere to mainstream standards more than ever. What draws millennials to embrace the mainstream is the success and money that it can provide. New York Times author William Deresiewicz labels YAYA consumers as “Generation Sell,” focusing on the way they have embraced mainstream culture, unlike the numerous generations before them.

YAYAs are focused on the importance of making something new and exciting while sharing it with the rest of the world. Kickstarter, founded in 2009, rallies people together to fund the entrepreneurial dreams of bright minds everywhere. So far, Kickstarter has brought 82,000 creative projects to life. Being born in the age where the endless possibilities of the Internet are still being discovered has instilled the importance of creativity in today’s youth culture. These ideas are essential to understanding why millennials hail the entrepreneur; YAYA consumers crave the autonomy, imagination and adventure that entrepreneurs embody.

Even if YAYA consumers aren’t spending their time creating new products, music or art, they are still selling something. Most 18- to 24-year-olds have adopted a personal business model that requires them to “sell” a branded version of them selves. For millennials, important interactions are treated like commercial transactions, where being polite and making others (customers) happy is king. This branded version of the self is not only maintained through physical interaction, but it is also obsessively monitored and promoted using social media.

What each YAYA consumer posts on their personal social media accounts has become increasingly censored. This is because the end goal for most YAYAs is to get noticed by the right people. In the mind of the average YAYA, you have a better shot of being successful if the right people notice you. Ironically, this blog post could get me noticed, and I’m well aware of that (but totally ok with it).

Internet Radio and the YAYA Consumer

In 2014, digital music downloads and subscriptions surpassed CD sales for the first time, according to The Wall Street Journal. It’s no secret that marketers know they can find the elusive, tech-savvy millennial generation on these platforms. Spotify, Pandora and other music aggregates are drawing in millennials across the world, but one question that remains: how impactful is this platform for targeting 18- to 24-year-olds?

According to AdWeek, Spotify recently launched playlist targeting that amasses like-minded listeners for advertisers. Similarly, iHeartMedia launched a programmatic marketplace for advertisers to buy radio spots, while consolidating local radio stations to harness a national reach. Pandora is also offering brands the opportunity to programmatically buy based on specific demographics. These new advances only improve efficiency in brands’ reach.

18- to 24-year-olds are the most predominant age group of Spotify users, according to Statista. That fact alone is compelling for advertisers hoping to reach this demographic. For students of this age group, however, Spotify offers premium listening for a discounted price of more half the regular monthly subscription cost. In addition, other Internet radio sources, such as SoundCloud and 8tracks, offer listening with little to no advertising. Knowing this, it’s hard to ignore that a significant portion of YAYA consumers may not even receive messaging at all.

Currently, the majority of Internet radio users take advantage of sponsored listening rather than ad-free premium subscriptions. Of the free Internet radio users who are between the ages of 18 and 24, 54% had a positive response and 32% can remember at least one of the ads, according to Mintel. When comparing terrestrial radio, 58% had a positive response, but only 28% could remember at least on the ads. With terrestrial radio, they were also less likely to discover new products or services they would like to try.

Coupled with Internet radio’s large user base and sophisticated demographic targeting ability, it’s safe to say that it is a useful vehicle for delivering messaging. Although Internet radio is more effective than terrestrial radio, the amount of 18- to 24-year-olds with ad-free radio subscriptions is concerning to brands. As proven by our State of the YAYA report, YAYA consumers want to be spoken with rather than spoken to. To accommodate this desire, branded playlists and banner ads can create a friendly relationship with 18- to 24-year-olds by allowing them to enjoy their favorite playlist without disturbances.