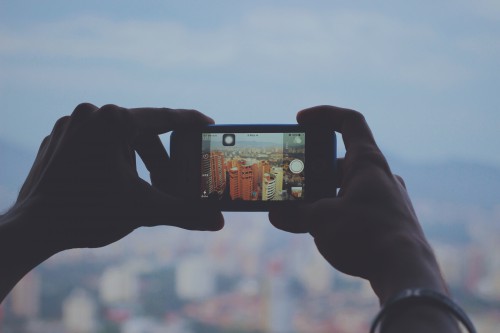 It was a typical Tuesday night. I was working on homework and watching a “Fixer Upper” marathon on HGTV when I heard a commercial that broke my train of thought. I glanced up, intrigued, then quickly searched the brand. I found myself immersed in a foreign community, filled with people who love customization, convenience and exclusivity. It was a community of subscription boxes. And I wanted in.

Birchbox sends both male and female subscribers a monthly box, for only $10, containing products tailored based on a beauty or grooming profile completed upon registration. Subscribers may choose from a list of 800 designer brands including Anastasia Beverly Hills, Cartier, Isaac Mizrahi, Kate Spade, La Mer Collections, Oscar de la Renta, Salvatore Ferragamo and The Honest Company.

High end samples from brands like these for only $10 a month seems too good to be true, but because designers see subscription boxes as marketing platforms, oftentimes companies like Birchbox receive samples for free or at a low cost. This allows them to offer consumers these boxes for such reasonable prices.

With another quick search, I found myself in a whole new world. Birchbox is not alone; there are 123 different subscription box services  just in the beauty category. And it doesn’t seem like this new industry is slowing down, according to Fast Company, which reported that since 2011, the subscription commerce industry has seen growth at a rate of 200 percent per year, generating $5 billion in revenue in 2014.

The possibilities are endless. Fabletics offers workout gear for women, Try The World sends consumers delicious grub from different countries without the hassle of finding their passports, BarkBox delivers vet-approved dog treats and accessories to “pet parents,” and Harry’s sends subscribers branded razors and in-house shaving products to avoid a trip to the store.

All of this is centered on a concept of convenience for consumers, bringing them surprise, discovery and the rush of finding a gift on their doorsteps every month. These companies understand that millennials and YAYA consumers are busy. They don’t have time to go to the store and browse, yet they still crave quality products customized and tailored to their lifestyles, personalities and preferences.

These subscriptions also hit YAYA consumers on another level other than customization by positioning their brands as authentic and helping to facilitate a special relationship between the consumer and the company through the power of shared experiences. These subscription boxes align with what the YAYA market is looking for: convenience, customization and uniqueness. It also shows brands that understanding the power of relationships with YAYA consumers is valuable because it allows for their brand and consumer bond to form somewhere other than a physical brick-and-mortar store.

Music Festivals: How Much We Love Them and Why Brands Should Care

As a music enthusiast, I tend to get considerably excited at this time of the year. Winter is over, spring is in full force and all I want to do is be outside while watching my favorite artists play for massive crowds. That’s right — it’s festival season. This weekend, Coachella kicked off a long list of music festivals featuring both household names and up-and-comers.

Judging by the sprawling crowds these festivals attract, I’m clearly not the only one excited about events like these. These crowds are largely made up of millennials, who, according to a survey from Eventbrite, are invested in experiences. The survey found that 72 percent of millennials would like to increase their spending on experiences, with 77 percent of 18- to 34-year-olds claiming that the best memories of their lives were made at live events.

While festivals offer music-lovers an experience on a vast scale, they also offer brands a great opportunity to reach these attendees. According to a survey from Nielsen, 76 percent of festival attendees and 51 percent of all consumers feel more favorable toward brands that sponsor a tour or concert.

As festivals have gained prominence among millennials, they have made noticeable efforts to be in tune with this demographic. At a recent iteration of Lollapalooza in Chicago, VH1 spent the weekend hosting a GIF Photobooth, which let festival attendees create shareable graphics. VH1 also owned the hashtag #BestLollaEver, where attendees would tweet their own pictures at the festival.

Brands like VH1 have taken advantage of this opportunity to connect with YAYA consumers in the past, but other brands have put in considerable effort as well. Red Bull offered festival scholarships while Lacoste gave out flower garland crowns in exchange for postings on social media. Additionally, Pitchfork Music Festival partnered with Rdio to create a free mobile app that offered features such as a map and a schedule.

YAYA consumers thrive on experiences, and the ones music festivals offer definitely leave a lasting impact. By connecting with YAYA consumers in a way that enhances the festival, brands can become part of that experience.