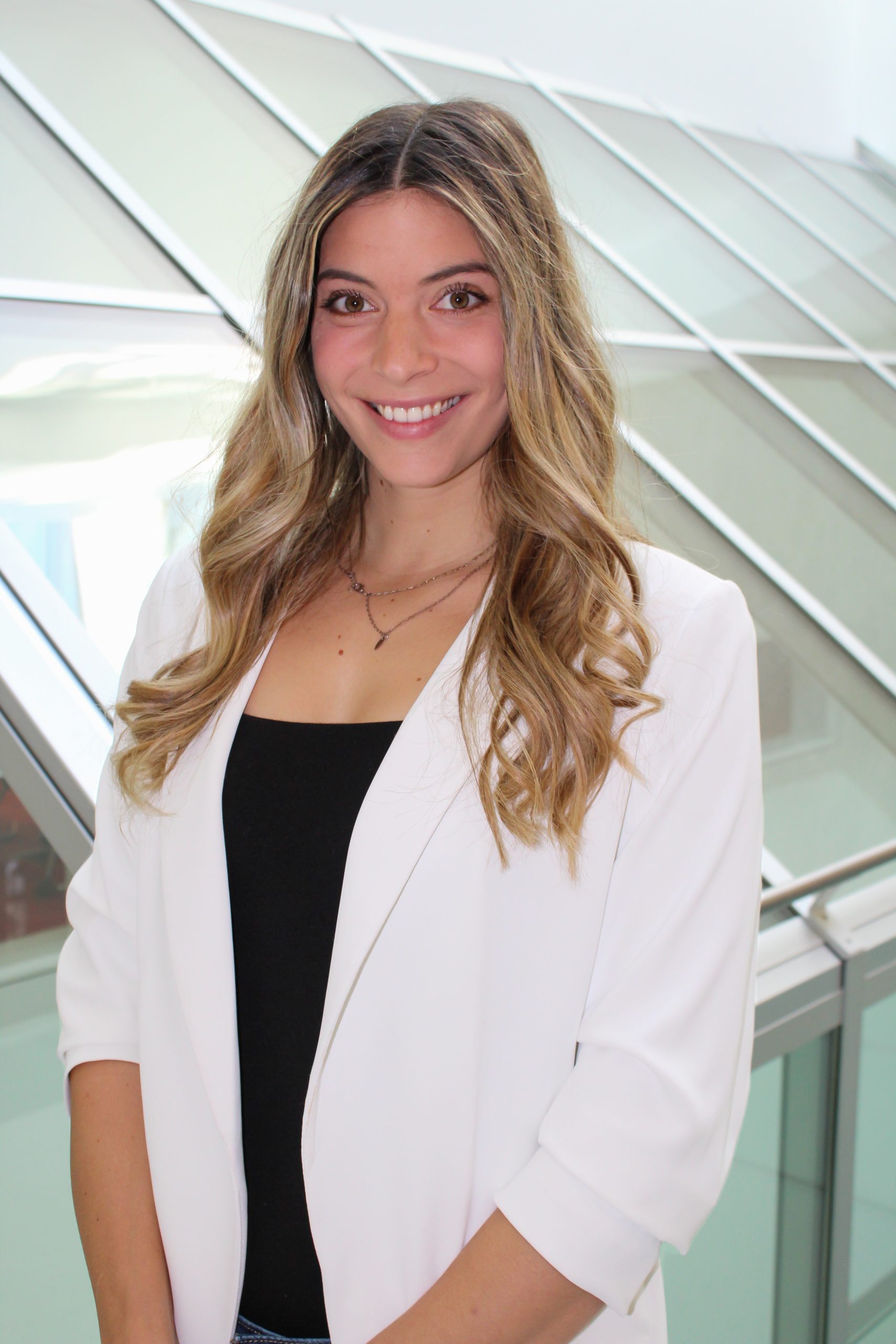 Vivi Abraham is a master of many talents. As an account manager, she demonstrates creativity, impressive organizational skills and a strong work ethic. These qualities are also apparent in Vivi’s active campus involvement. She was a student athlete, playing for the Mizzou tennis team.

Vivi grew up in Budapest, Hungary, where she learned her passion for sports from a young age. The athlete at heart says competition is where she feels most in her element. To relax, Vivi enjoys experimenting in the kitchen and learning her favorite songs on the piano. She is a passionate traveller, and while she is already “studying abroad,” she hopes to travel the world and get to experience many other cultures.

Currently, Vivi works as the Student Marketing Manager at Mizzou’s office for Financial Success. After graduation, she hoped to pursue her Master’s degree from Fall 2022. 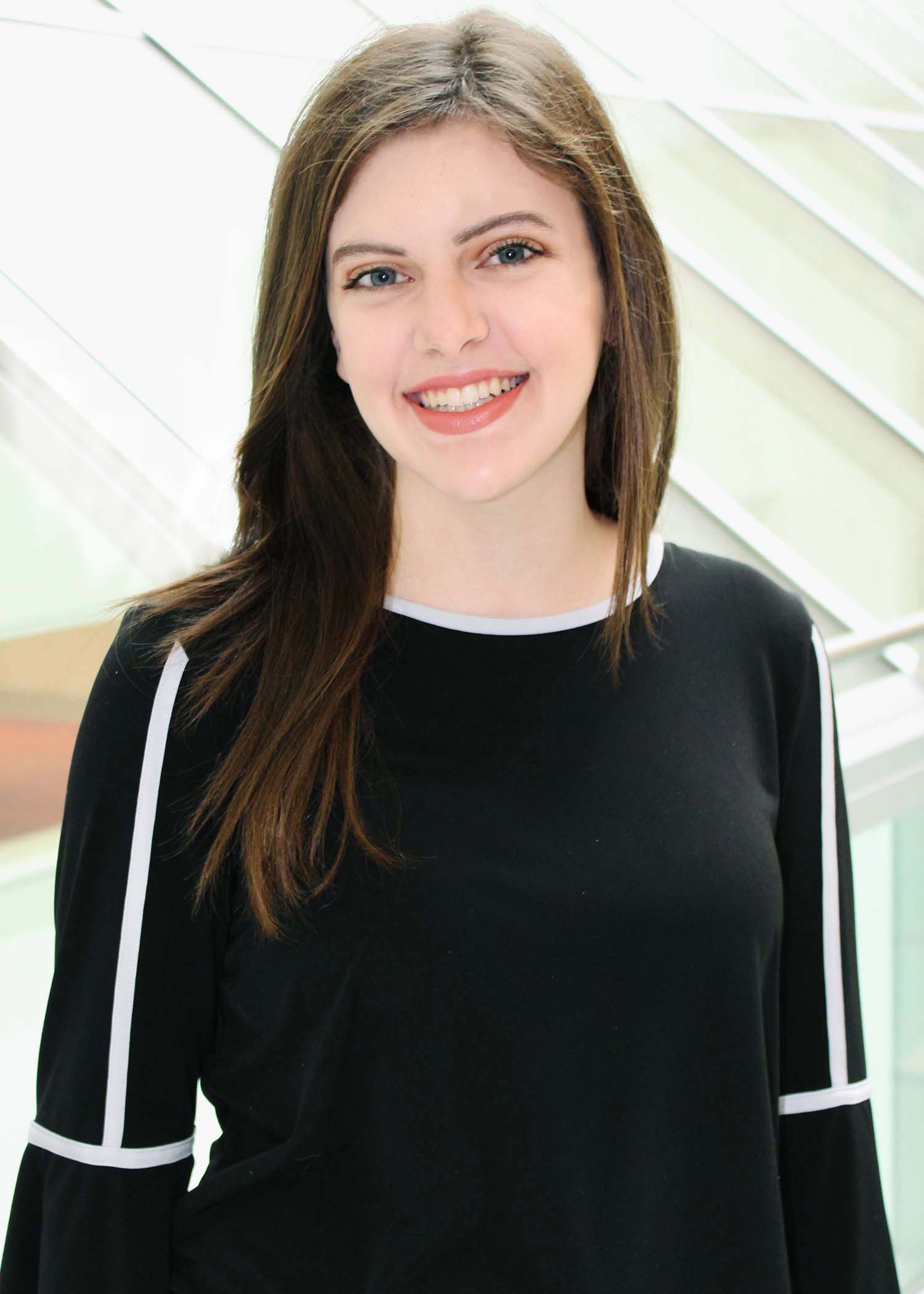 From Kansas City, Missouri, Lauren Bunten emerges as our Video Producer.  A woman beyond her time, this classic rock fan likes to spend her time head bobbing to the legendary tunes of Boston, Styx and Queen. While her taste in music might be old, her ideas are far from it. We will rely on Lauren’s creative vision to be a driving force in this campaign.

Aside from MOJO Ad, Lauren is also a member of the American Advertising Federation, the Association for Women in Sports Media and has also done videography and editing work for Mizzou Athletics.

This hard-working Hufflepuff is a super fan through and through. If it isn’t Harry Potter or Friends that are on, Lauren is probably just asserting her role as the No. 1 Chiefs fan in the world by screaming at the TV and wearing her future husband’s jersey (it’s Patrick Mahomes, he just doesn’t know it yet). 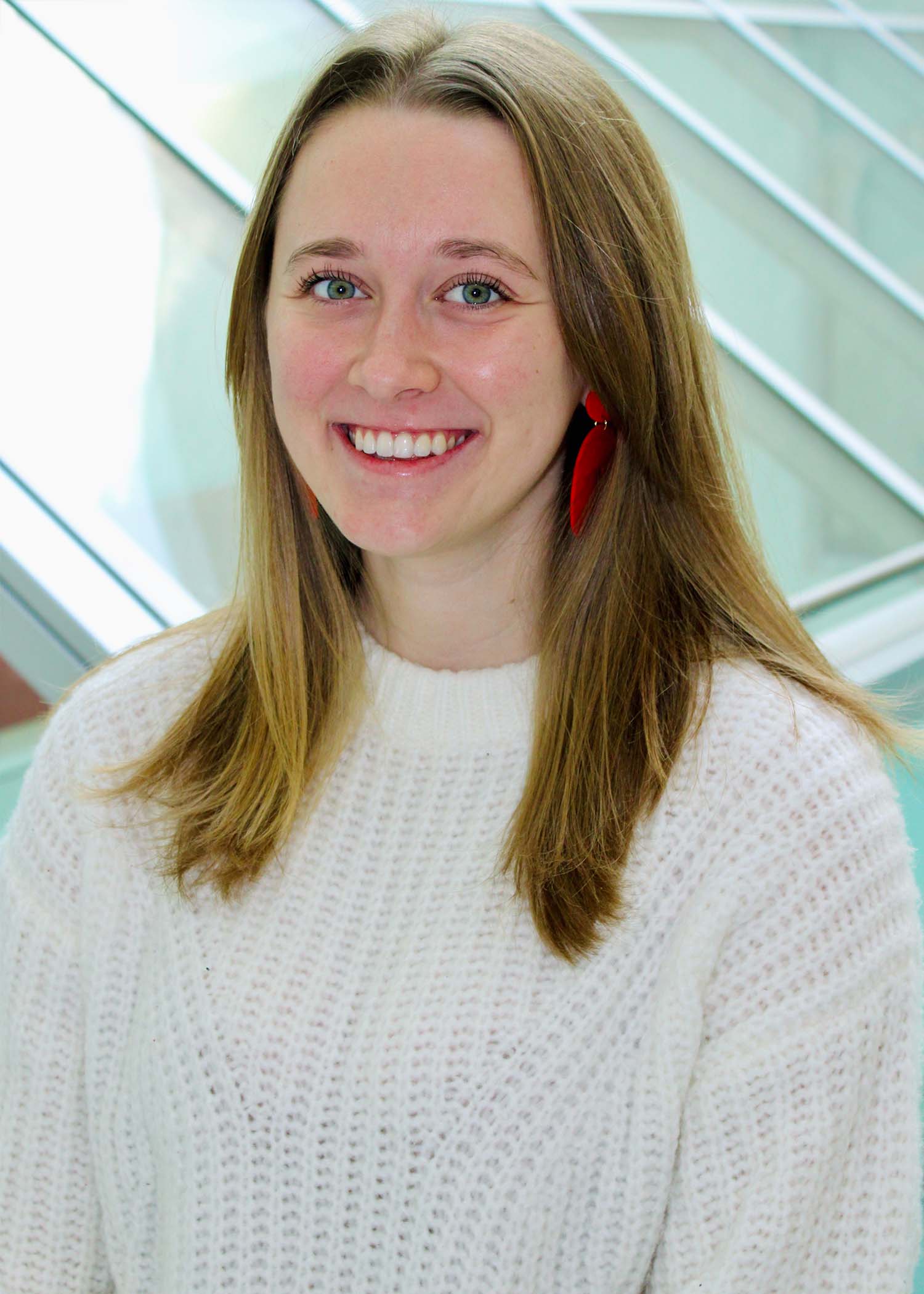 Kayleigh Peterson is the Qualitative Strategist and prides herself on her ability to see and execute a strategic vision. Her ability to plan and organize is a great attribute to any professional team.

Not only is Kayleigh skilled at strategizing, but she also has experience as a Photographer and Graphic Designer for Farmer’s House, a nonprofit that aims to support the lives of youth and young adults with developmental disabilities. She worked as a Social Media Manager for New Student Programs and was on the Communications Committee for Kappa Alpha Theta. On campus, Kaleigh is the Vice President of Membership for the Mizzou Student Foundation. She is also part of the American Advertising Foundation, giving her experience in the field. She’s dedicated her summers to helping Mizzou grow as a Summer Welcome leader. She loves to meet new people and introduce students to Mizzou.

Not only is Kayleigh a dedicated strategist, but she is also the only movie star on the team. As she tells it, “‘Twas the night of August 6, 2020, when I received word that a Hallmark Christmas movie was filming in one of my neighboring towns and they needed extras. I sprang from my living room couch, threw on a sweater and winter coat, and headed outside to the 90-degree heat to make it to my film debut. I was told to stand next to the hot chocolate stand when the main character walked by. When the movie is released sometime this winter, I hope you think of me and my 30 seconds of fame.” 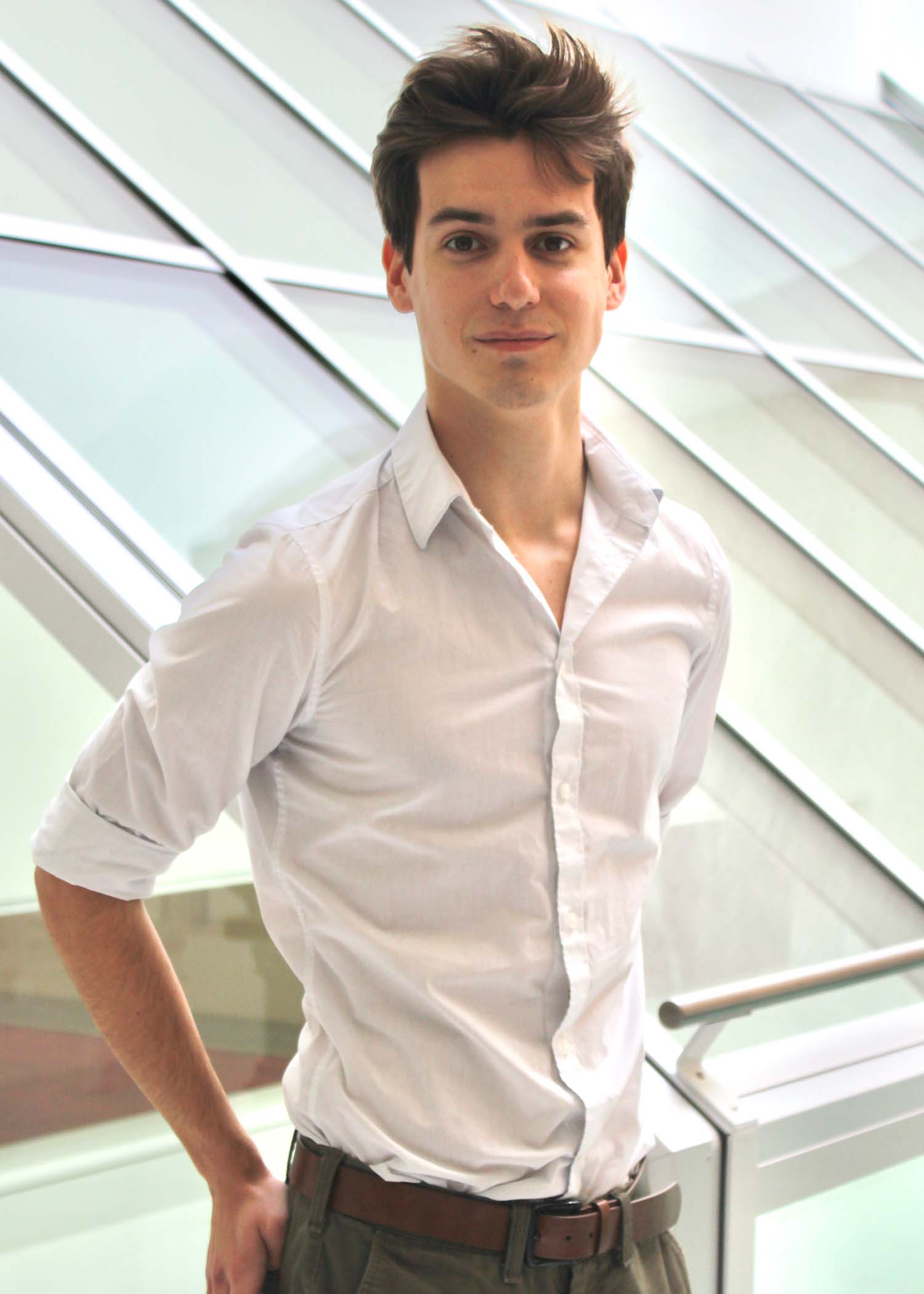 Joseph Granat is a spirited extrovert who doesn’t shy away from taking the lead. The passionate strategic communicator employs a strong work ethic and impressive public speaking skills in his work.  Joe has always had a passion for being in front of an audience as, from a young age, he performed lead roles in multiple plays and musicals. He most recently starred in an MU film production “Down the Rabbit Hole” that premiered in front of a 300 person audience.

He is a Chicago native, born in Plainfield, Illinois. He spent his past summer and winter break living in New York City. Joe is currently working as a digital marketing intern for SuretyBonds.com. He is largely involved in Mizzou’s campus life, belonging to Pi Sigma Epsilon Business Fraternity, Phi Delta Theta Fraternity, and Mizzou PR Club. In his free time, Joe has volunteered to work for the ALS Walk and helped his fraternity fundraise over $3,000 for the LiveLikeLou Foundation. Post graduation, Joe is looking forward to moving back to New York City and is excited to see the new opportunities the world holds for him. 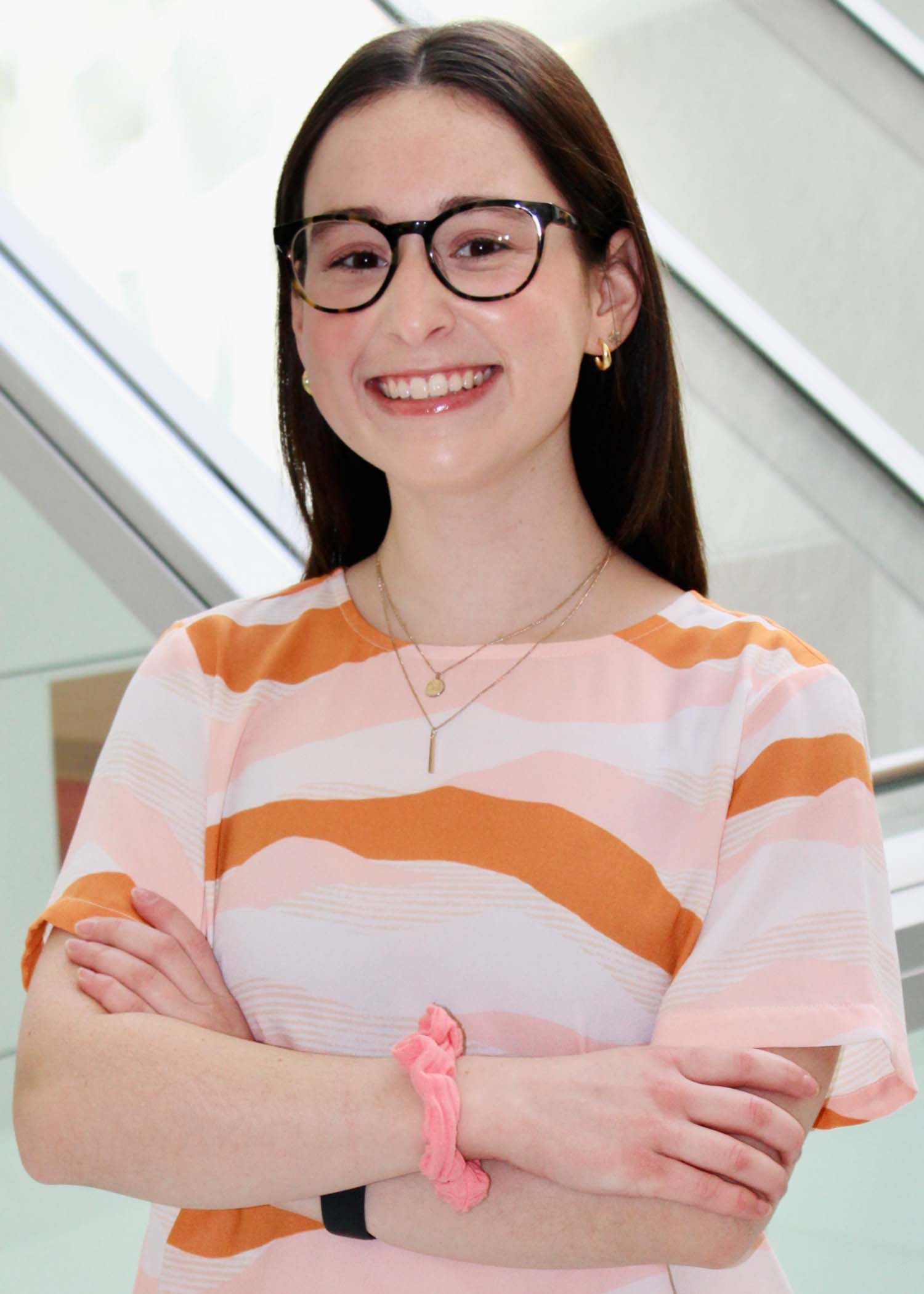 They say the third time’s the charm, but in Julia’s case, it was luckily the second. Transferring to Mizzou after one year at Miami University in Ohio, she fell into our arms, and sometimes, down the occasional flight of stairs. As fiery as the Wendy’s ghost pepper ranch she lives and dies by, Julia brings life to any gathering. Her outgoing and chipper attitude works wonders to brighten any room as she shares her brilliant ideas, as well as her favorite TikToks.

With her stylish taste, there’s no other After Effects ace we’d rather have as our Graphic Designer. Before she was on MOJO Ad, Julia established herself as a veteran content creator through her positions at OBP Agency, the MU Strategic Communications graphic designer and as a Product Development Intern at Estée Lauder. 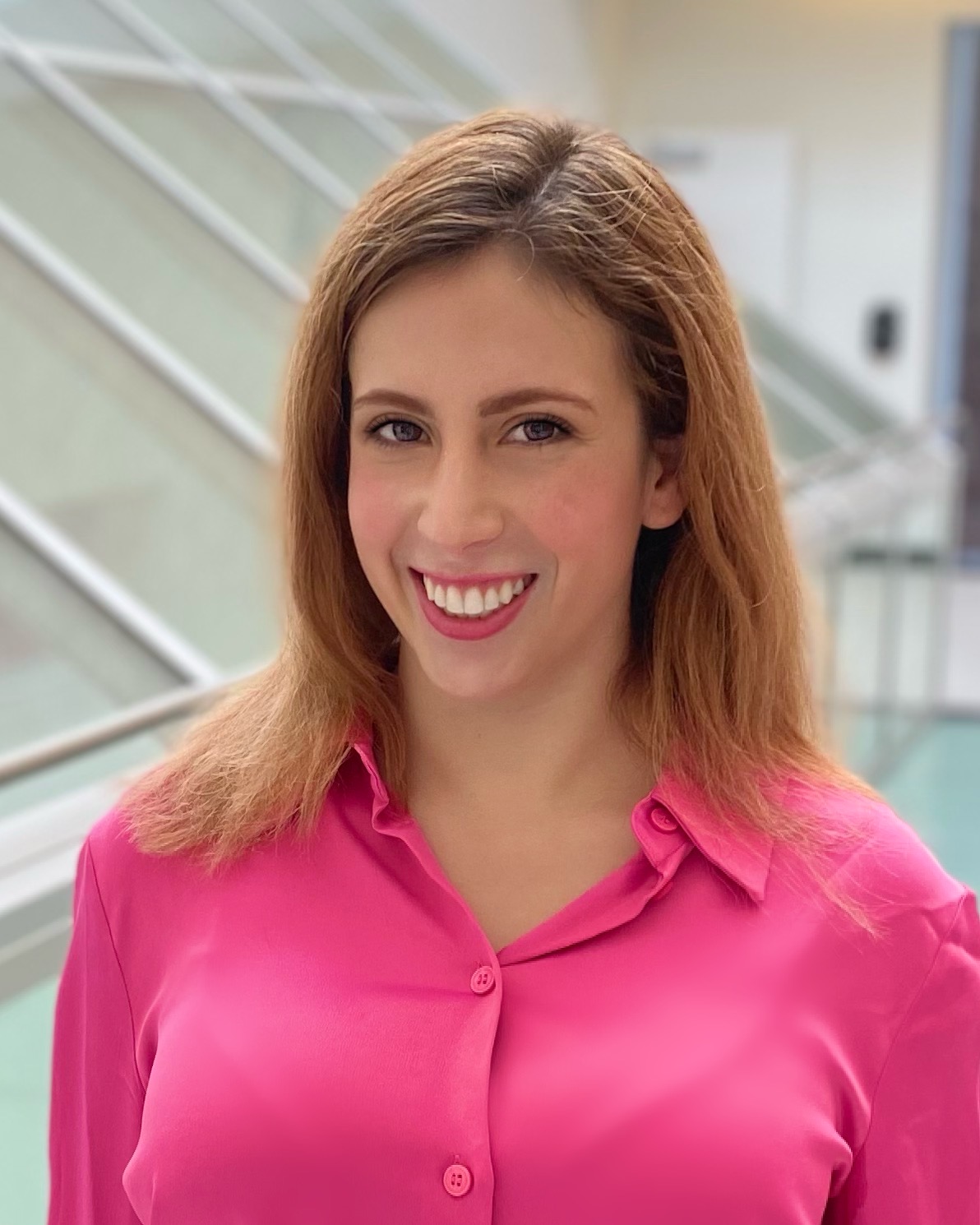 If there is one word that describes Kelly Lopez, it is passionate. Fueled by her love for journalism, Kelly moved from Utah to Missouri to pursue her degree. As Content Manager, she uses her passion to come up with essential and strategic ideas.

Kelly brings a host of experience to the team, including time as Head of the Newsletter Committee at the Center for Academic Success and Excellence. She’s also a Public Relations Coordinator for Strategic Communication at the Missouri School of Journalism. Kelly gained research experience working on a USDA grant, specifically looking at stories about pesticide in African newspapers.

She also served on the Public Relations committee at Sigma Sigma Sigma sorority, creating content, editing videos and taking photos for various recruitment events. However, Kelly has a lot more experience than just PR for humans. She also honed her communication skills in Dogtopia, a doggy daycare in Texas. Through this experience, she became a better team member and leader — while petting all of the pups. 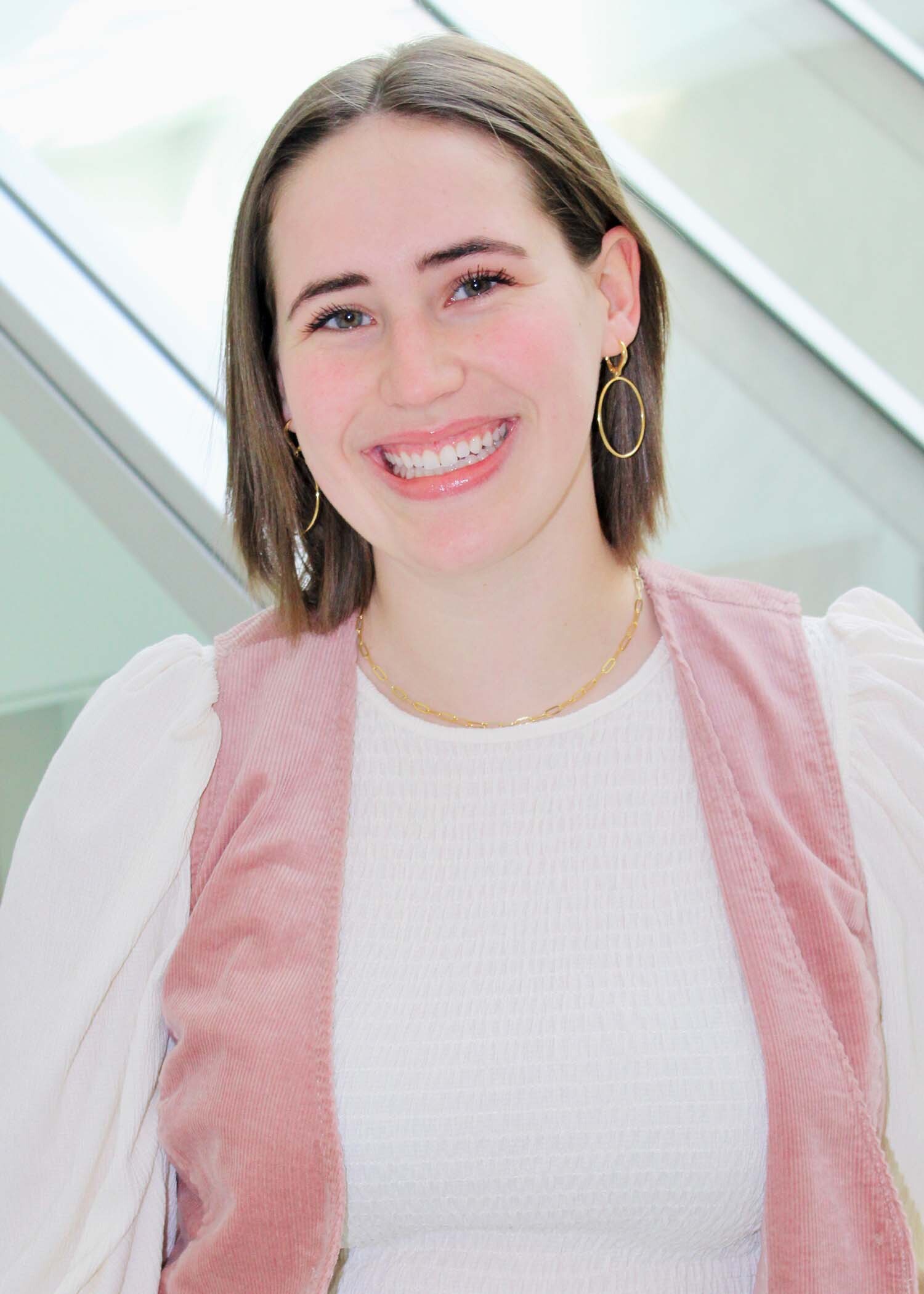 Learner, includer, imaginer. These are three words that describe Claire Wilkins —  and make her an excellent Media Planner. Claire is from Kansas City, Missouri, and moved to Columbia, Missouri, to pursue her journalism degree.

Claire interned for The Missouri Review as a Video Content Intern and is also the Co-Founder of the Missouri Debate Union, where she acts as social media chair. She was also a Digital Data Analyst for Evolytics, working to optimize the brand experience and strengthen business profitability and became a fellow within the Kinder Institute on Constitutional Democracy.

Claire has a lengthy list of campus involvement, such as her membership in Women in Media, True Tiger, Society of Fellows, Undergraduate Historical Society and more. She considers herself an avid learner and loves to dig deeper into scholarly subjects. Her current passion project is an essay that focuses on how fiction interacts with revolutions that will be published soon. She states that this Marlon James quote describes the relationship that focuses on her paper, “Fiction is the lie that tells the truth.” 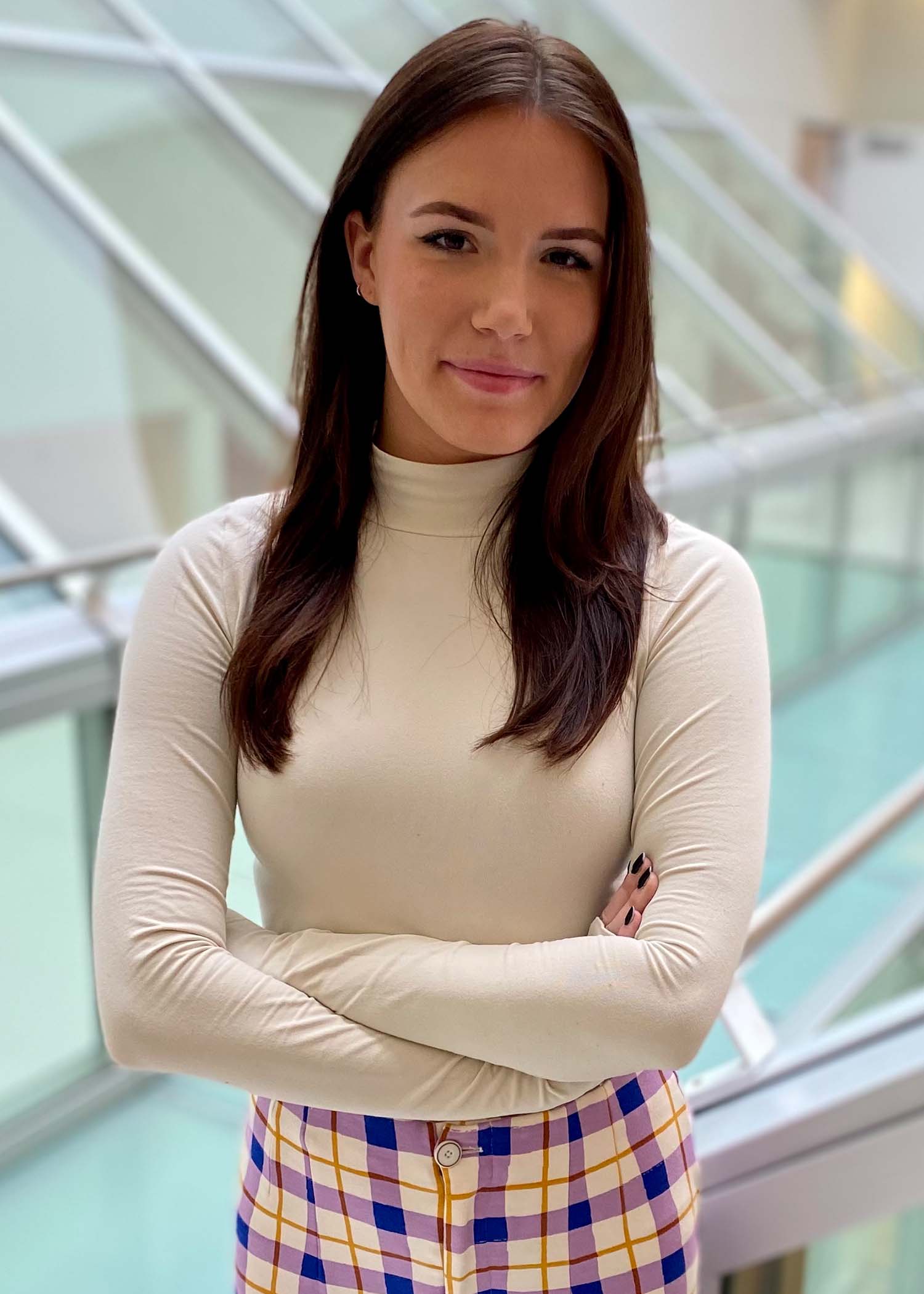 Copywriter Teresa Cowden embraces curiosity and empathy in all she does. She thinks in complete sentences and often focuses on how something will end before the idea is on paper.

She attributes this to her love of books, likely stemming from being born an introvert into a modern “Cheaper by the Dozen.” You can often find the bibliophile doing one of three things, immersing herself in a new book, serving at a café in downtown Columbia or attending local concerts.

Her love of fashion drove her to pursue magazine journalism, but after a summer working for a local newspaper, she realized her true passion was creative writing. She oversees the copy-editing of her friends’ sports and travel blogs and expresses attention to detail and adaptability in her work.

Cowden is an alumnae of Mizzou’s Chi Omega Women’s fraternity and volunteers at the Columbia Humane Society in her free time. She is passionate about foster care and aspires to be an adoption attorney. Next year she plans to pursue this dream and attend law school in Chicago, just an hour from where she grew up. 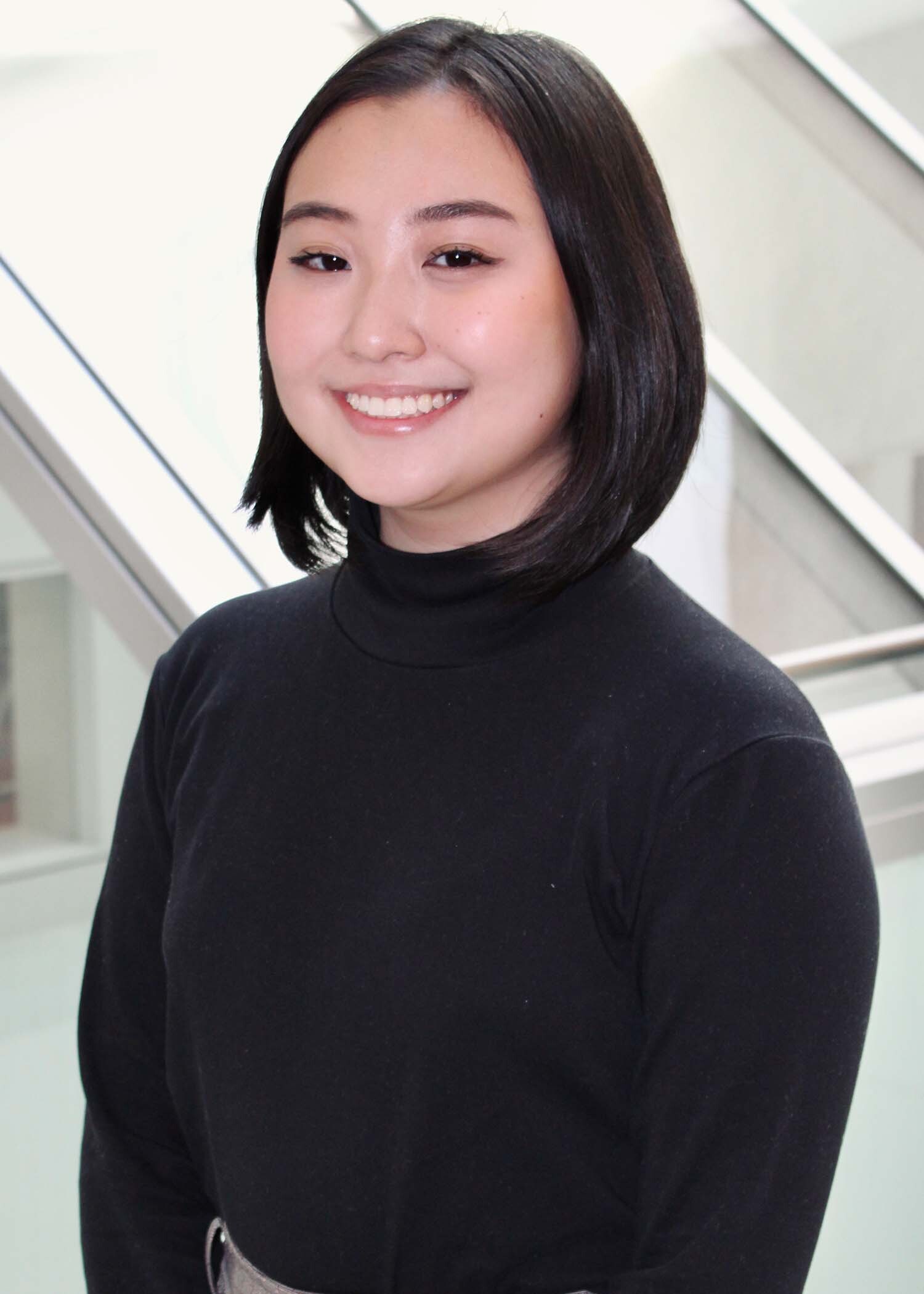 Before leaving for college, Ana Hosomi’s uncle told her to try and find time for projects that allowed her to use her creativity. Although Ana is a quantitative strategist, joining MOJO was a perfect way to flex her creative muscle.

Originally from Brazil, Ana moved to the United States for college and dove into research. Her first experience, The Research Identity Project, used a mixed-methods approach to collect information and generate data. In this project, Ana was named Undergraduate Research Assistant. Ana is also a Lead Insight Strategist for a student-led creative agency called Relevant Youth.

In her free time, Ana enjoys being a part of Alpha Phi Gamma Sorority Inc. She holds the role of Historian and Publicity/Webmaster, which allows her to organize semester photoshoots, document sorority events and manage the sorority’s social media and website. Ana’s uncle also told her to find a hobby that involves motor skills and use it to decompress after long days at school.  She’s tried her hand at painting, embroidering, tatting, sewing, origami, digital art and, lately, crochet. She’s currently working on a cardigan. 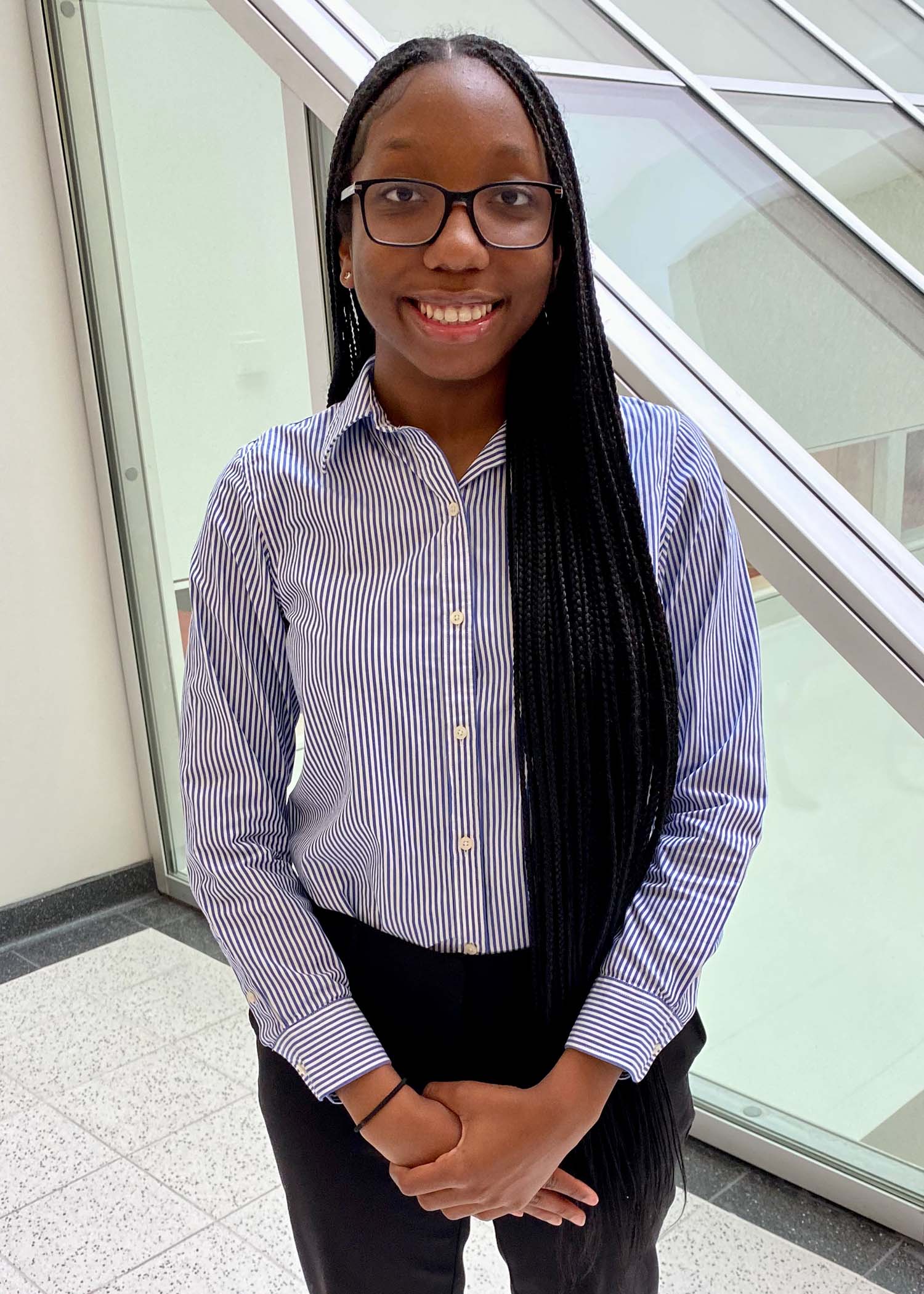 What else is there to say about Jasmine Pierce, aside from the fact that she’s a world-traveling, brunch enthusiast who likes to swim with dolphins? For one, she’s our punctual Public Relations Account Manager. As the head of PR, Jasmine will act both with the creative team to create content for social media, but also as part of the account team to shape the overall tone set by our campaign. As someone well versed in many cultures, Jasmine will undoubtedly be able to use her talents and experience identifying with others to keep us all striving to achieve a common goal.

Previously, Jasmine worked as a part of the National Association of Black Journalists and for Mizzou Alternative Breaks. You can catch her volunteering at the Ronald McDonald House Charity or binging HGTV in the background while she puts her brushes to the canvas. 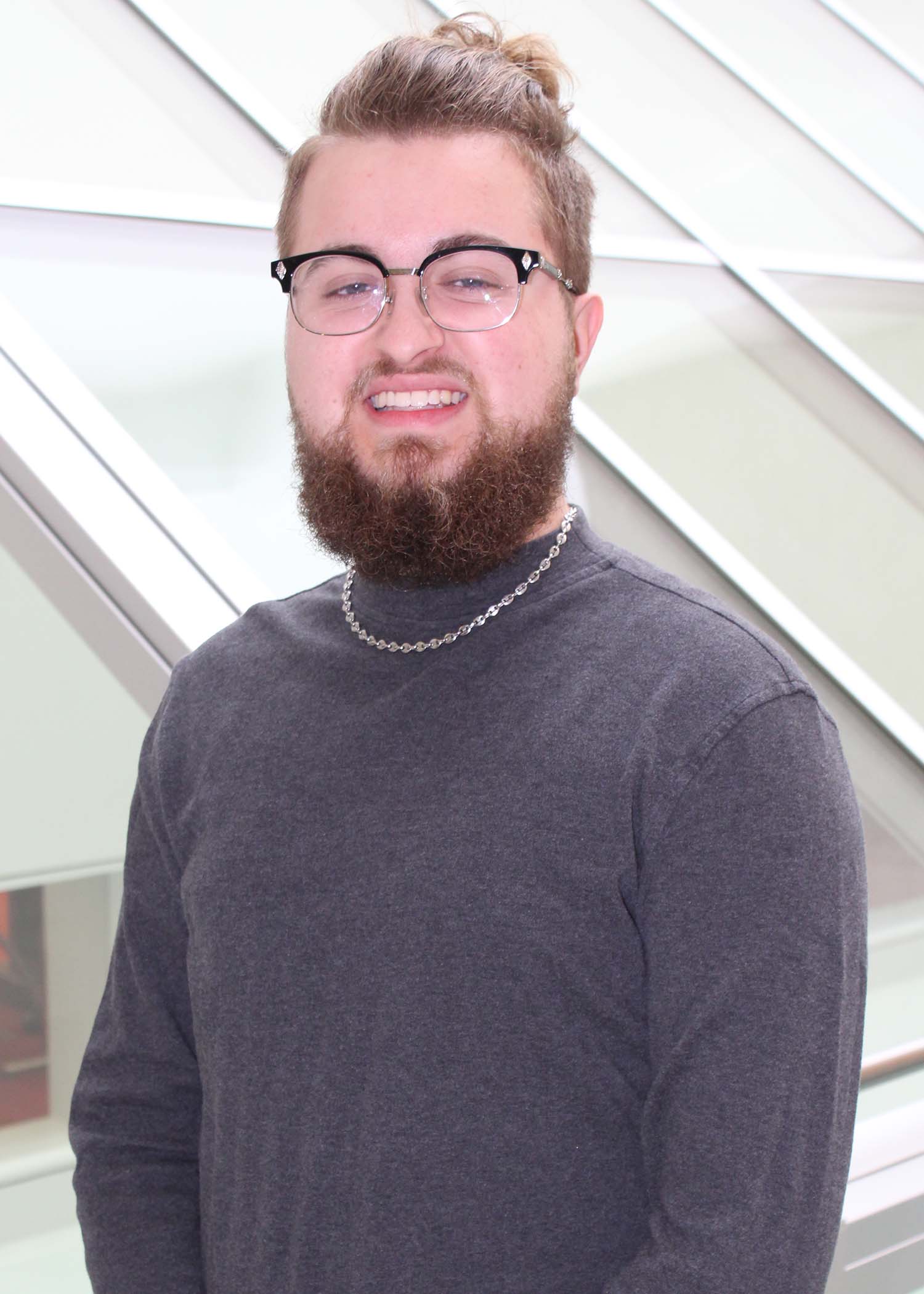 Alec Slonneger is, by many definitions of the term, an artist. From producing music to starting his own clothing line to designing fresh designs, Alec has a creative vision to share with the world.

As a lifelong vegetarian and a mentor to aspiring high school creatives, Alec cares about life and works hard to uplift those around him. As our Art Director, he will be in charge of the overall vision of our campaign; everything from graphics to videos will pass through his artistic lens and out into the world.

Stepping aside from the visual world, this Taco Bell fanatic is also a bit of an audiophile. Producing and mixing music for himself and others as a side project has given him quite the ear, something necessary for someone who moonlights as a DJ.